The right image is worth a thousand words. SCALA images are used for various types of advertising: from the standard print form of billboards and newspaper ads, to images to cover cars, buses and trains, to traditional tv or online streaming channels, to social media. As you can see from just a few examples below, our images have been used in their entirety and original form, modified or even animated… imagination is the only limit!

Powerful images depicting a specific event, such as the Battle of Waterloo, or certain discoveries or technological advancements such as the lightbulb or mass production of cars, are coupled with the judgment and prediction by a contemporary on the outcome of the event or the lasting effect of the new technology. Since the judgment/prediction narrated could not have been more wrong the result is comical and amusing making the ad effective and more likely to be remembered.

Water is life. In this video spot many of our images were animated and come alive to tell the story. 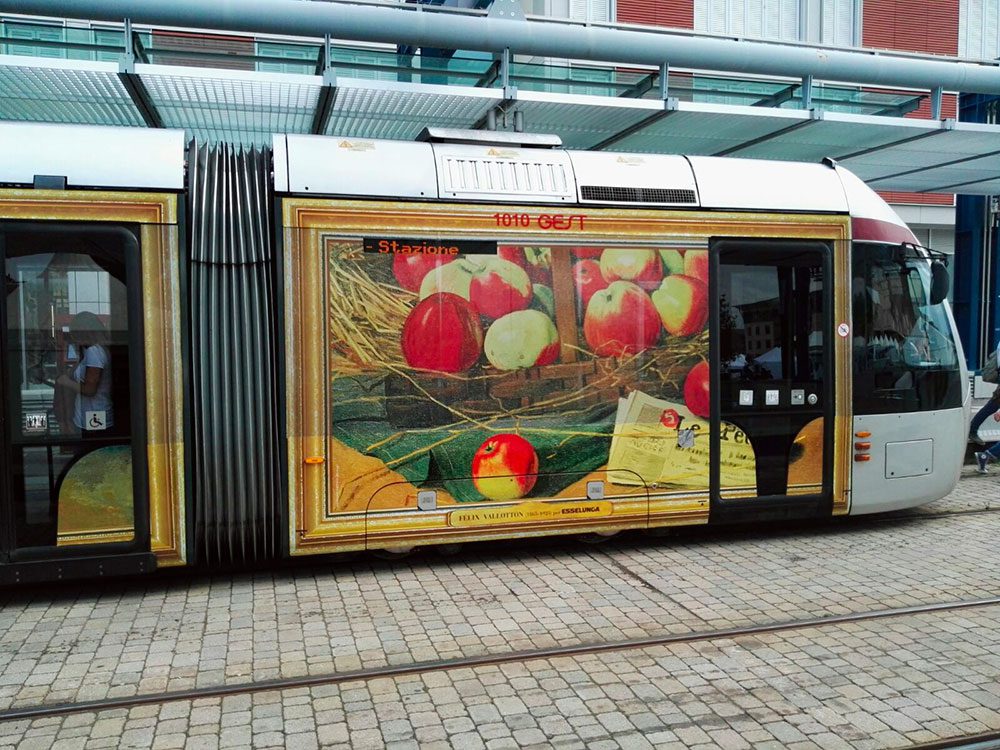 Large advertising campaigns on buses or subway cars, reaching thousands of people every day, are now the norm. Scala images were used for many such moving billboards advertising everything from exhibits, to supermarket chains – like the one below – to books by nationally famous authors!

Even the most discerning, elegant or high end have found in Scala a useful source with a vast choice of fully guaranteed problem free high quality images to select from. 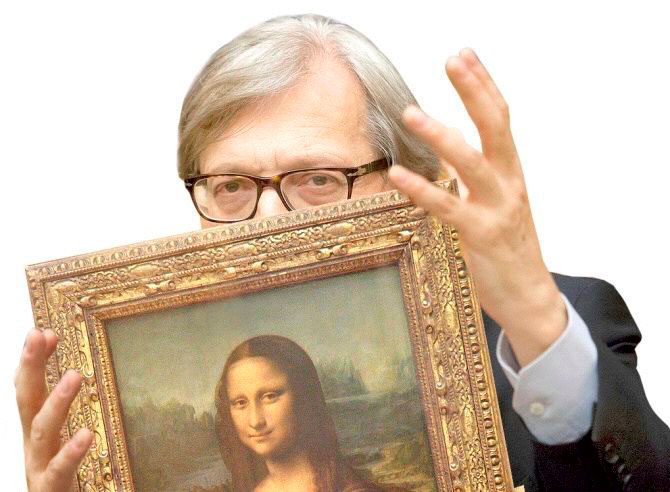 The Italian art historian and political figure Vittorio Sgarbi took part in a humorous spoof.
He claimed to have asked for the return of the Mona Lisa and to be going to get it and bring it back to Italy. The momentum on social channels was huge.
Turned out the Mona Lisa was the name of the new Citroen model… 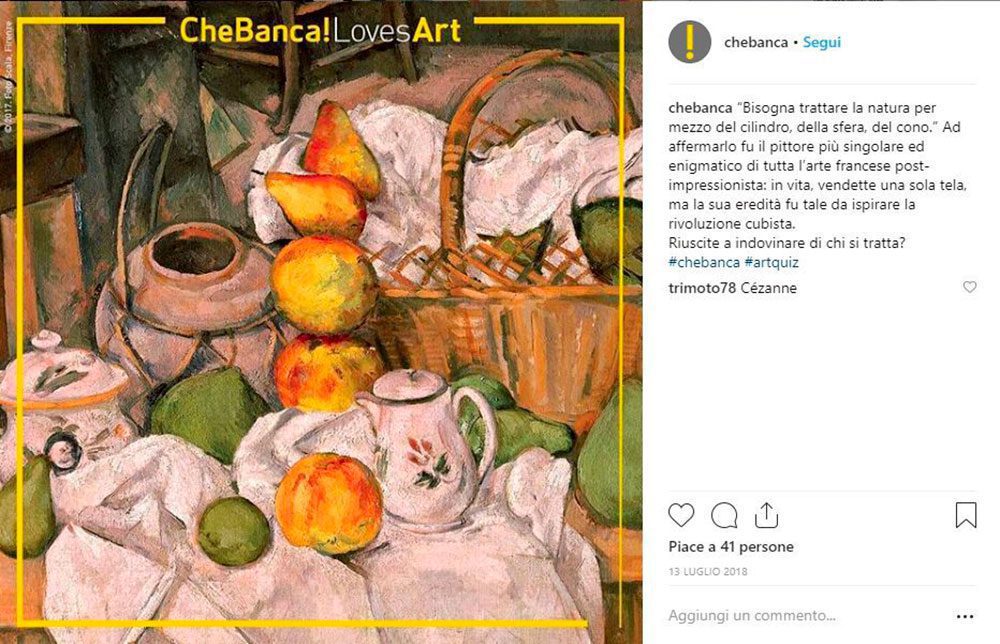 To be effective social media channels need a never ending feed of varied yet always visually impressive content. Being able to choose from Scala’s more than 3 million images available online plus as many off line is sure to help. 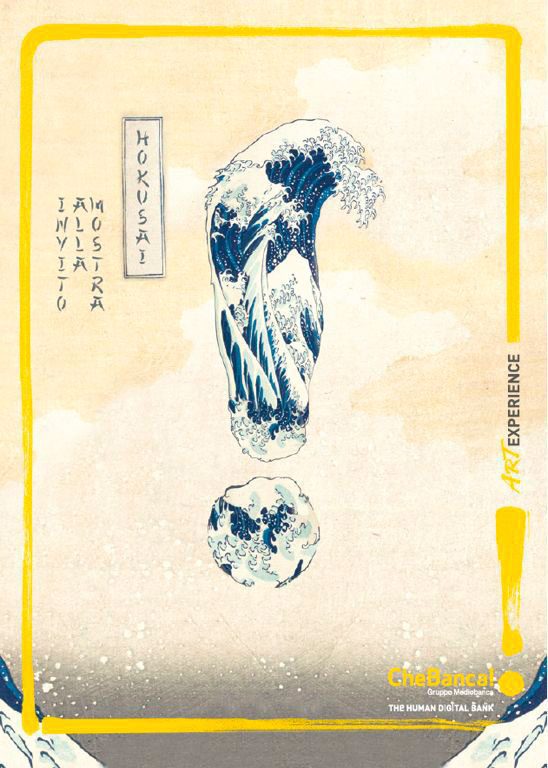 Today’s customers are more digital and have less time and attention than ever. Traditional ads need to be incisive. The old saying “an image is worth a thousand words” is even more to the point and the right image is even more necessary. 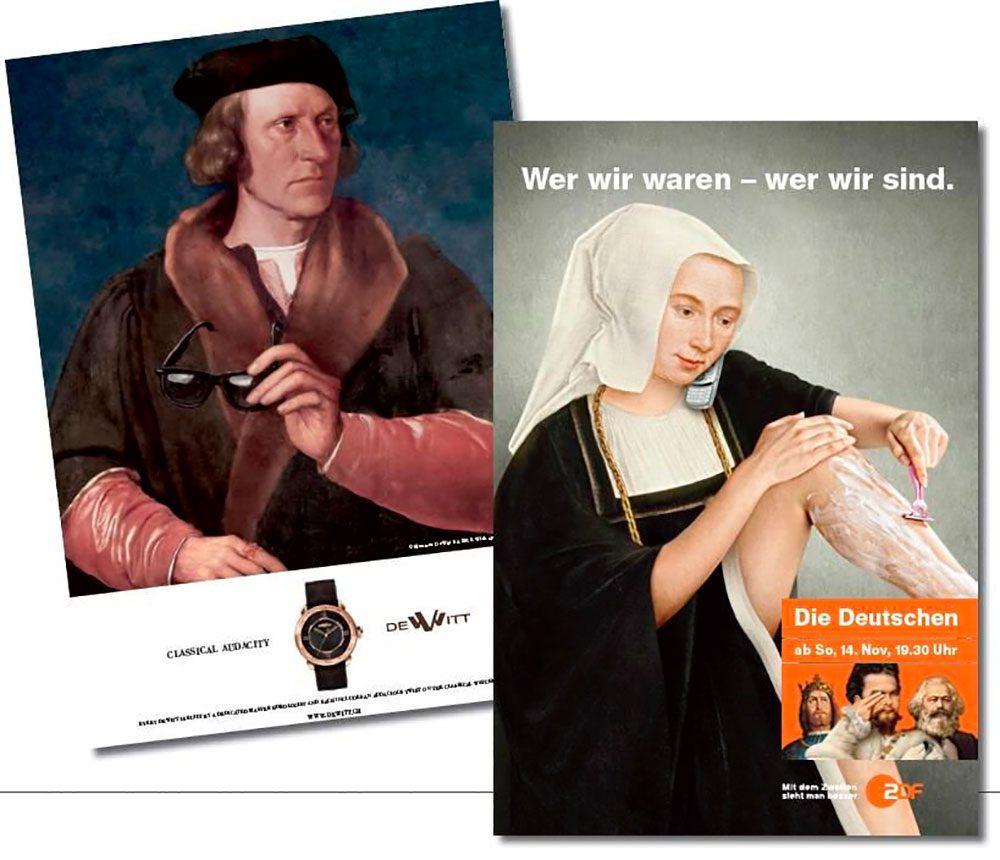 The national German television station ZDF used many images in conjunction with their program ” The Germans – Who we were, who we are”. The ad agency wanted to make use of humor to make the campaign stronger and with more longevity. Unusual visual combinations were selected and the campaign was successful. 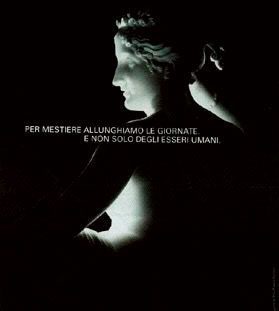 An unusual shot of an iconic image – the sparks to creativity

When a well known image is presented in an unusual way it is even more powerful. The unusual view makes us pause and grabs our attention for longer. In this case Scala’s image shot in an unusual light was doubly smart, first because the image while being recognizable was also different from the norm and more interesting, and second because the ad itself was for the National Electric Service which is what allows the work to be illuminated.